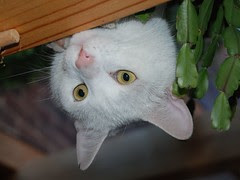 all inquiries responded to
© Andrew

Marc Hadley responded quite quickly to my blog entry on JSR 311. Excellent. I'm really digging the transparency. I'm thinking Twitter may have played a part in the quick response.

w/r/t the GPL vs CDDL licensing issue; sorry, I'm sure I saw CDDL on some of the pages, I should have included it in the blog post. I frankly am not all that familiar with the CDDL, but Dave Johnson got me curious about something, and sure enough, it looks like Apache allows CDDL licensed binary software to be shipped with Apache projects. Note that the link above is a proposal, but it sounds like Apache is already doing this in some cases with CDDL. Very cool.

As for the other issues Marc raised; it's silly to debate via blog posts; looks like the dev@jsr311.dev.java.net would be the most appropriate place to have the discussion.

From Marc: "On the Java ME side, the fact that 311 is primarily a server side API ... means it is less suitable for the ME environment anyway."

To quote from the Java ME Sun Products overview, "As CDC is not limited to just the wireless market, and expands into other emerging markets like digital television, telematics, multi-function printers, ...". Those sound like platforms that could make use of a server supporting RESTful web services.

From Marc: "Jersey will automatically produce a WADL description"

Wonderful. The point isn't even necessarily that you should make this part of the spec, but to ensure that this is do-able within the current spec's design. Because you don't want to find out later, after the spec has been finalized, that the design prevents something like generating a description. Sounds like you're doing that with the WADL generation. I'd like to see the same done with the client.

Posted by Patrick Mueller at 12:21 PM No comments: 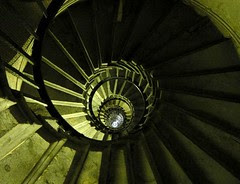 Some thoughts on JSR 311 - JAX-RS: The Java™ API for RESTful Web Services. The description of the JSR, from the web page is: "This JSR will develop an API for providing support for RESTful (Representational State Transfer) Web Services in the Java Platform."

Here are a few related links:

Some of the positive aspects of the ongoing effort:

OK, now for the bad news.

The licensing issue is bad enough that it's really going to force an alternate implementation to be developed. This might be something that Apache would typically do, but given the Apache / Sun disagreement on JCP issues, it's not really clear to me that Apache will ever be interested in working on JSR implementations again.

Another interesting wrench to throw into the gears is Eclipse. As of Eclipse 3.3, the Equinox project has been shipping Jetty, along with some goop to allow you to use OSGi within servlets, or start an HTTP server as an OSGi service. Adding RESTful service support to this story seems like a logical next step to me. Note that the existing JSR 311 non-goal of support for <= Java 5 support violates an OSGi constraint of running in their smaller (1.4.x-ish) environments.

Seems to me, if we're going to have to work on an alternate implementation anyway (to solve the licensing issues), we might as well solve some of the technical problems as well (J2ME / Java 1.4 support, service descriptions, client apis, etc).

And yes, I do know of RESTlet™ but have not looked at it extensively; the licensing and Joint Copyright Agreement and trademark issues are non-starters for me. It is also on a pathway towards becoming a JSR.

Anyone up for a "Battle of the RESTful frameworks"?

Saturday was day 2 of the Ruby Hoedown 2007. I had to leave early and so missed "Using C to Tune Your Ruby (or Rails) Application" by Jared Richardson, and the final keynote by Marcel Molina, Jr.

Sessions I did attend:

All in all, great conference. I'll be there next year, assuming they have it again. Maybe I'll have some more Ruby under my belt by then.

Forgot to mention in the previous post that I used my Nintendo DS-Lite with the Opera browser, again, to do some lite surfing, email checking, twittering, during the conference. Very convenient.