The "element highlighter" is the coloring you get on your web page when you hover over DOM elements in weinre's Elements panel. Previously, the colors were very muddled.

Below are the new colors, with the orange-ish margin, turquoise-ish padding, and purple-ish body. Not shown is the border (this element has none), which is a bright yellow. There are still some issues with this highlighter, which was about the 6th different one I had tried. As a result of all those attempts, the element highlighter is now fairly pluggable, and it should be straight-forward for you to create a better one. I dare ya.

I often hear people talk about debugging their JavaScript with weinre, but weinre really just provides a REPL and console logging. New in 1.6 is an attempt to provide some additional JavaScript diagnostics.

As an example of what you'll see in the Console window when an exception occurs, here's some JavaScript code which will generate a runtime error when the specified button is clicked:

Below is what you see in the console when the button is clicked. 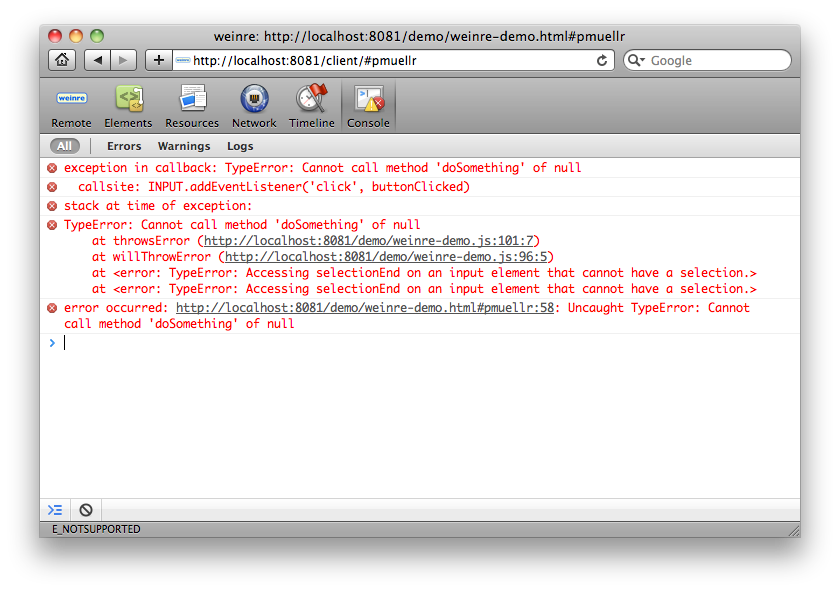 Description of the five error messages in the console:

Not all browser's JavaScript engines support the error.stack property (eg, WebKit's JavaScriptCore), so this is what you'll see if you're running on one of those lame engines: 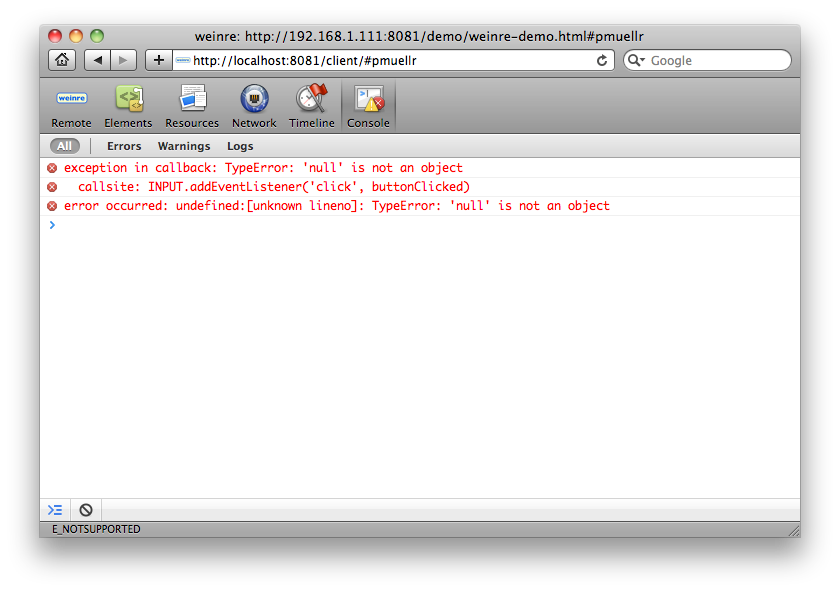 Also note the third line is, again, from the new onerror handler, which seems to like to not contain useful information. Why not? See here, here, here, and here.

The Resources panel is brand new for version 1.6. It provides diagnostics for all the XHRs that you code issues. Below is an example of a web page that has issued five XHR's. 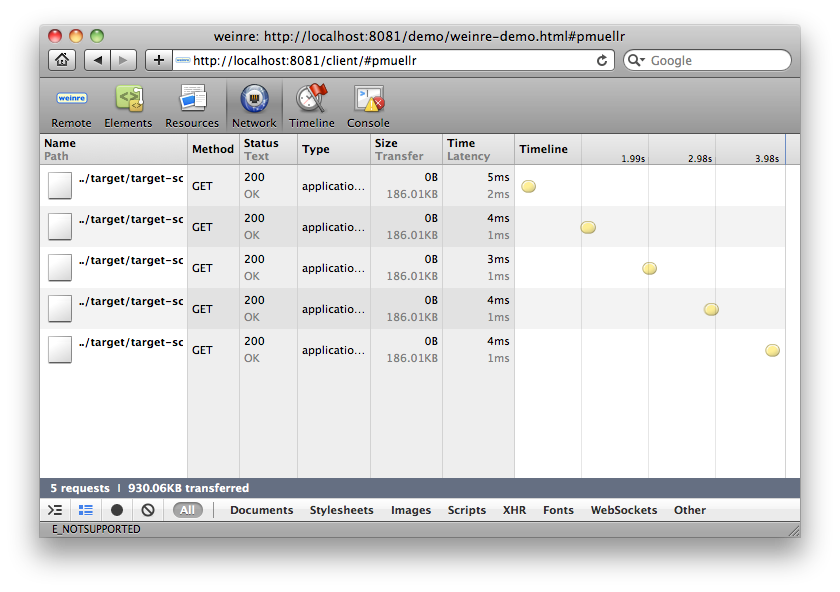 Clicking on one of those rows will display additional information in the right hand side of the window, as shown below. 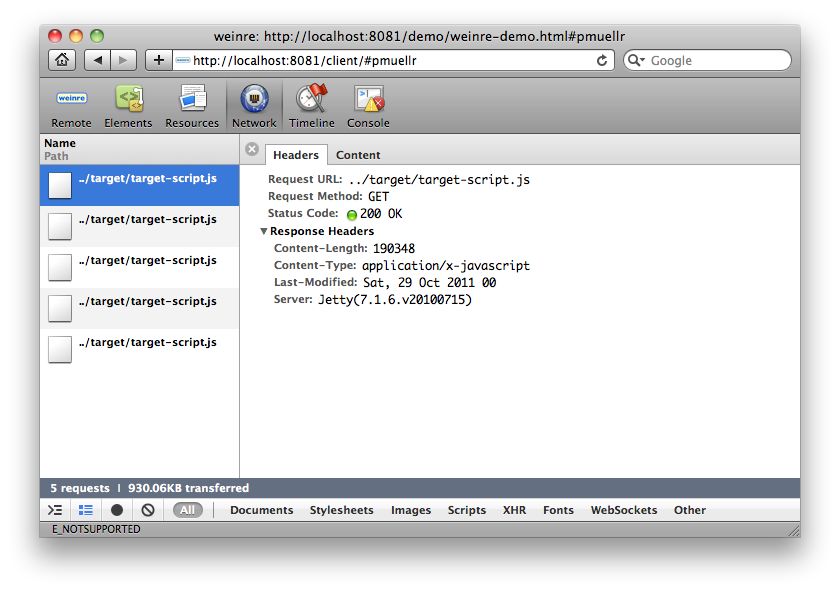 There are two tabs here, one to show "header" information, the other to show the "content". The content for the XHR is shown below. To dismiss the detail view and get back to the table view, click the circled X button to the left of the Headers/Content tabs.

Posted by Patrick Mueller at 3:43 PM