Video and Audio in and out
© Ameer Ghanem

The Redmonkers have been starting to web publish video interviews along with their usual audio interviews. Coté seems to be doing most (all?) of the work, and you can catch these as he releases them on his blog.

I like to see people experimenting with new technology, and 'upgrading' from audio to video sounds like a fun experiment (pardon the pun). But it doesn't work for me.

I fully admit to being an old fuddy-duddy; even Rush Limbaugh does video of his show. Good luck guys, and, if you can, also make the audio portion of your videos available as an MP3. I'm not alone in this wish.

But let me change the direction here. Let's look at an environment that is high on video interaction, and absolutely bereft of audio interaction. Your programming environment. Your IDE, be it Eclipse, NetBeans, IntelliJ, Visual Studio, XCode, Emacs, or a text editor and a command-line. How many of these programs use audio to help you develop code? None. Well, I might be lying, I'm not familiar with all of these environments, but I don't recall any of these environments making use of audio like they do visuals.

When we're programming on all cylinders, we're in 'the zone'. Continuous full attention. Eyes reading and scanning, fingers typing and clicking and moving mice. Where's the audio? It ain't there.

Nathan Harrington has a number of articles up at developerWorks, such as "Monitor your Linux computer with machine-generated music" which discuss ways developers can use audio in their computing environment.

This is good stuff, and we need more of it.

I would be remiss in not pointing out here that audio feedback like this is only useful to those of us lucky enough to have decent audio hardware and software in our heads. Those of us without such luck wouldn't be able to take advantage of audio feedback. On the other hand, folks who lack decent video hardware and software in their heads would most likely appreciate more emphasis on a sense they are more dependant on.

The most obvious use case for audio in a development environment is with debugging. There are a lot of cases while debugging when you just want to know if you hit a certain point in your program. The typical way you'd do this is to set a breakpoint, and when the location is hit, the debugger stops, you see where you are, and hit continue. Breaking your attention and demanding your input. What if, instead, you could set an audio breakpoint, that would play a sound when the location was hit? So your attention wasn't broken. And you didn't have to press the Continue button to proceed.

With regard to audio debugging, I know this has been experimented with many times in the past. I've done it as well, a decade ago, when I was using a programming environment that I was able to easily reprogram: Smalltalk.

But audio usage in development environments is not yet mainstream. There's lots of research to be done here:

Posted by Patrick Mueller at 1:25 AM No comments:

ETags are not a panacea 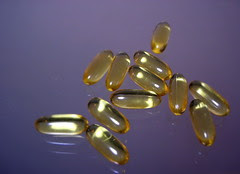 panacea: A remedy for all diseases, evils, or difficulties; a cure-all.
From Answers.com

In my post "That Darned Cat! - 1", I complained about Twitter performance, and peeked at some of their HTTP headers noticing they didn't seem to respect ETags or Last-Modified header cache validator tests.

Since posting, Twitter performance is back on track. I haven't checked, but I'm guessing they didn't add ETag support. :-)

A number of people seemed to read into my post that ETags are a cause of Twitter's performance problems. I'd be the first to admit that such a proposition is a bit of a stretch. ETags are no panacea, and in fact you'll obviously have to write more code to handle them correctly. Harder even, if you're using some kind of high level framework for your app. This isn't easy stuff.

And in general, my 20+ years of programming have taught me that your first guess at where your performance problems in your code are, is dead wrong. You really need to break out some diagnostic tools, or write some, to figure out where your problems are. Since I don't have the Twitter code, I'm of course at a complete loss to guess where their problems are, when they have them.

ETags and Last-Modified processing is something you ought to do, if you can afford it, because it does allow for some optimization in your client / server transactions. To be clear, the optimization is that the server doesn't have to send the content it would have sent to the client, as the client has indicated it already has that 'version' of it cached. There is still a round-trip to the server involved. If you're looking for an absolute killer optimization though, you should be looking at Expires and Cache-Control headers. See Mark Nottingham's recent post "Expires vs. max-age" for some additional information, along with the link to his caching tutorial.

Expires and friends are killer, because they allow the ultimate in client / server transaction optimization; the transaction is optimized away completely. The client can check the expiration data, and determine that the data they have cached has not 'expired', and thus they don't need to ask the server for it at all. Unfortunately, many applications won't be able to use these headers, if their data is designed to change rapidly; eg, Twitter.

Here's another great example, applicable to our new web 2.0-ey future. Yahoo! is hosting their YUI library for any application to use directly, without copying the toolkit to their own web site. Let's peek at the headers from one of their files:

Good stuff! The Expires and Cache-Control headers render this file pretty much immutable, as it should be. When Yahoo! releases the next version of the toolkit, it'll be hosted at a different url base, and so will be unaffected by the headers of this particular file; they will be different urls. This sort of behaviour is highly optimal for web 2.0-ey apps, which are wont to download a lot of static html, css and javascript files, which, for some particular version of the app, will never change. And thus, by having the files cached on the client in such a way that it never asks the server for them again, the app will come up all the quicker.

Good stuff to know, and take advantage of if you can.

Posted by Patrick Mueller at 12:34 AM No comments:

In "Lesson learned", my colleague Robert Berry recounts 'losing' a blog post he was editing. Not the first time I've heard this recently. I thought I'd document my process of creating blog posts, in case it's of any use to anyone. Because I don't lose blog posts.

My secret: I use files.

Although many blogging systems let you edit your blog posts 'online', and even let you save them as drafts, I don't actually go into my blogging system to enter a blog post, until it's complete. The process is:

HTML TextAreas are an extremely poor replacement for a decent text editor. Using HTML is handy, since some (most?) blogging systems will accept it as input, and you can preview it yourself with your favorite web browser. Saving the files, even after finished posting, is a convenient backup mechanism, should you ever lose your entire blog.

Besides these obvious advantages, I noticed some behaviours of other blogging systems that I really didn't like, when saving drafts of posts 'online':

I should note that I also have a directory Documents/blog-posts/unused for posts which I've started, and decided not to post. The "island of misfit blog posts", as it were, but "unused" was shorter.

There you have it! Since you religiously backup files on your primary computer you'll have no concern about ever losing a blog post again!