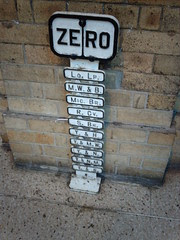 Project Zero's ebullient leader, Jerry Cuomo, just published an article at his blog talking about the PHP support in Project Zero. If you didn't already know, PHP is supported in Project Zero using a PHP interpreter written in Java. Pretty decent 10K ft summary of why, what, etc. With links to more details.

Wanted to point out two interesting things, to me, from Jerry's post ...

"The idea with XAPI-C is to take the existing php.net extensions, apply some macro magic, potentially some light code rewrite, and make those extension shared libraries available to Java through JNI."

Interesting programming technique; trying to reuse all the great, existing PHP extensions out there. One of PHP's great strengths is the breadth of the extension libraries. It would be great to be able to reuse this code, if possible. It's a really interesting idea to me in general, to be able to reuse extension libraries, not just across different implementations of the same language, but across multiple languages. It just seems like a terrible waste to have lots of interesting programming language libraries available, but not be able to use them in anything but a single language.

"We have debated the idea of moving our PHP interpreter into a project unto it's own - where it can explore better compatibility with php.net as well as pursue supporting a full complement of PHP applications. Thoughts?"

Lastly, want to point out how impressed I've been by the team in Hursley, UK and RTP, NC for getting the interpreter as functional as it is so quickly. The team maintains a wiki page at the Project Zero web site describing the current state of functionality, if you're interested in seeing how far along they are.

Posted by Patrick Mueller at 12:23 AM No comments: