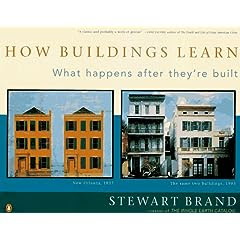 How Buildings Learn: What Happens After They're Built

My hall-mate Bill Higgins has often recommended the book "How Buildings Learn" by Stewart Brand as "the best book about software design that never mentions software". He's right, it's a great book, and although it doesn't talk about software, there's a lot to take away from a software perspective.

In general, Brand's premise is that most buildings have fairly long lives, and end up serving multiple distinct uses during their lives. Those uses end up forcing the buildings to change, and much of the book discusses aspects of buildings that work in favor of buildings successfully changing to suite new uses, and factors that work against it.

In terms of software, I think one of the sins we most frequently commit is not future-proofing our products. If your product is successful, it might well have a very long life. Have you constructed it such that it can easily be modified to handle future requirements placed on it? The answer is typically, no. For example, see Steve Northover's "API grows like fungus!".

I don't want to spoil the book for you, but I will advise you to do this: after reading a section of the book , spend a little time imagining how what you just read applies to software development. It doesn't all apply; but a lot does.

If you've already read the book, you'll get a kick out of the following article from Slashdot this week:

His stock response to clients who complained of leaking roofs was, "That's how you can tell it's a roof."

Note Brand's book was published in 1994; construction on the Stata Center (Gehry's building) began in 2001. The Stata Center replaced Building 20, which was the 'vernacular' building that Brands praised so highly. Buildings might learn, but people apparently don't.

The only real complaint I have is the form factor of the book. It's 11" wide by 8.5" high (or so). The only comfortable place I've found to read it is in bed. I assume the layout was chosen because the large number of photos included in the book; it might well have been the only practical way to publish it. But it does seem a bit ironic, for a book that is pushing "function over form", to be such a difficult physical read. 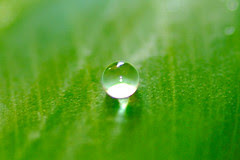 Let me expound a bit on "simple", since Sam referenced me.

Most of the time spent writing the feedBlogger.rb script translating the pseudo-code in my head into Ruby. Also figuring out the ClientLogin protocol. The Blogger Data API Reference Guide was all I really needed to do the business logic. Not much there, but there's not much to know, assuming you're already familiar with Atom and AtomPub.

So keep in mind, this is fairly low-level code, executing HTTP transactions pretty close to the metal, from someone familiar with doing that. And it's a one-off program, didn't worry about error checking, caching, etc. Things that a program which isn't a one-off would like have to concern itself with.

If you're lucky enough to not be working in Ruby, you might have gotten by with one of the Google Data API Client Libraries, available for Java, .NET, PHP, Python, Objective-C (???), and JavaScript. Not sure if you could really do what I did, with those libraries or not, since I couldn't use them, so I didn't even look at them.

Now, as a thought experiment, let's consider if the Blogger API was actually WS-* ish rather than RESTful.

The problem with the first is the first option is dealing with a thick runtime stack that I might have to debug because it's doing a lot of stuff. The typical problem is dealing with the XML payloads; getting all the data generated the way the server expects it. I've had to deal with that many, many times over the years.

The problem with the second is that there's additional stuff I have to do, and maintain, for my simple little program. Instead of just a script, I'd have to keep the WSDL, the build script to generate the stubs, and the stubs themselves. And even then I'm still left with a thick runtime library I might have to debug (see paragraph above).

The third option is just more work I'd have to do, and generally yuckifying the client program even more.

However, let me throw a little water on the REST fire. The Google Data API Client Libraries also suffer some of the same issues with WSDL. In particular, while I think people have the impression that RESTful clients can get by with just a decent HTTP library, the fact of the matter is, that's too much for some folks and having client libraries available is a nice thing to have. Which I will have to maintain with my programs.

And I did have to do some squirrelly stuff with the XML payload I was sending the Blogger; bolting the Atom xmlns onto the entries; there's probably a cleaner way to do this, so it might just be my unfamiliarity with REXML.

The big difference, to me, is that REST is less filling, as opposed to tasting great; ie, there's still a fair bit of highly technical skill needed to use this stuff, there's just a little bit less with REST compared to even simplistic WS-* WSDL/SOAP usage.

As I mentioned on my developerWorks blog, I've decided to do my blogging back here at Blogger.

As part of that process, I set up a virtual feed at feedburner, so that when I move next time, it'll be complete transparent, for feed aggregators anyway.

Moved my content over with a simple matter of programming.

Posted by Patrick Mueller at 12:09 AM No comments: 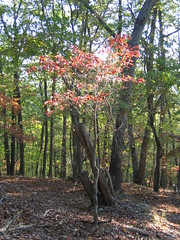 (The sessions at RubyConf 2007 were recorded by Confreaks, and will hopefully be available soon on the web. I'll update this post with a link when they are.)

I kept notes again on a Moleskine Cahier pocket notebook, which works out great for me. Filled up about 3/4 of the 64 pages, writing primarily on the 'odd' pages, leaving the 'even' pages for other doodling, meta-notes, drawing lines, etc. I can get a couple of days in one notebook. The only downside is you need something to write on, for the Cahiers, for support, and the last half of the notebook pages are perforated. I don't really need the perforation, but it wasn't a big problem. They end up costing about $2 and change for each notebook.

I was, like usual, primarily surfing during the conference on my Nintendo DS with the Opera browser; good enough to twitter, check email, check Google Reader. It's a good conversation starter, also. At one point, a small-ish, slightly scruffy Asian gentleman leaned over my shoulder to see what in the world I was doing, so I gave him my little spiel on how it was usable for the simple stuff, yada yada. He seemed amused.

Posted by Patrick Mueller at 10:08 PM No comments: